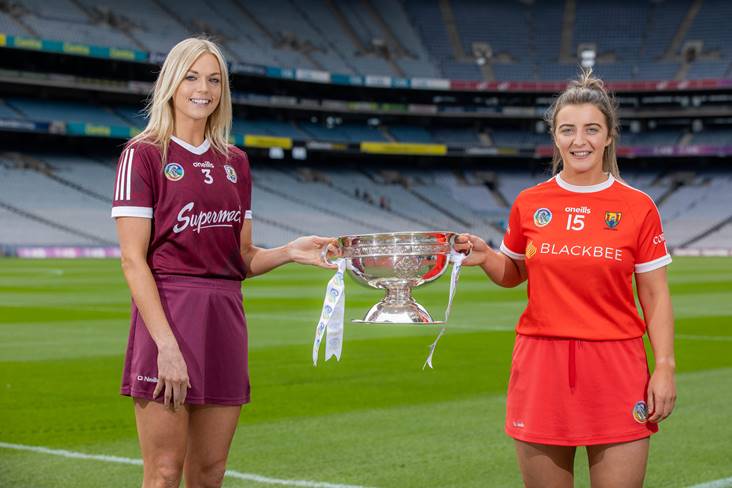 Here are the previews for tomorrow's All-Ireland camogie championship finals at Croke Park, as Cork and Galway cross paths in the senior decider.

For the fourth time since June, Armagh and Wexford will play against each other but this time it will take place in Croke Park for the title of All-Ireland Premier Junior Champions. Having already met in the Littlewoods Ireland Division 3 League Final, both teams know how to face each other with the added pressure of a trophy up for grabs.

Armagh have only lost to one opponent all year. However, they have lost to that opponent on three occasions and that opponent is who they face in Sunday’s All-Ireland Final, Wexford. The margin of victories have been small, losing by one point, two points and five points respectively. However, they are the reigning Champions, and it is their own crown that is on the line on Sunday. With a star player in attack in Ciara Donnelly, every game is winnable. The stellar attacker bagged 0-13 in last year’s decider, so another clinical performance will be required for the Orchard County to retain their Championship crown.

Life in 2021 for Wexford has been nothing short of perfect. They are the reigning Littlewoods Ireland Division 3 League Champions, they are unbeaten in competition all year and they have the confidence of knowing they face an opponent who they have beaten on three occasions in recent times in Sunday’s final. Confidence is sky high in the Leinster side as they attempt to win their first ever All-Ireland Premier Junior Championship on Sunday.

It is an exciting battle that lies ahead in the Intermediate decider on Sunday as Antrim and Kilkenny have both qualified for the final, having progressed from the same group. The pair faced off in the opening weekend of Championship action, but the outcome means very little heading into the final as there was no Championship title on the line in week one.

Kilkenny have made their first Intermediate final since 2016 and were impressive in securing their qualification to this stage. It went down to the very last game in the group stages to determine the standings, with the Cats managing to secure top spot in the group. A four-point victory against Meath in the semi-final secured their first final appearance since their last Championship victory five years ago.

Antrim have secured back-to-back Intermediate Championship final appearances, however their experience in last year’s decider is not a happy memory for the Saffrons. They lost this year’s Littlewoods Ireland Division 2 League final to Down, the same that bet them in last year’s Championship final. They are back this year to settle the score, and having beaten Kilkenny in the opening round of Championship action, they will certainly fancy their chances of beating for a second time in this Championship campaign.

It is an All-Ireland Senior Championship Final match-up that excites Camogie fans everywhere as the Rebels go in search of their first Championship title for three years when they face Galway, who have qualified for their third consecutive All-Ireland Senior Final appearance. The paths to the finals have been exciting, with the Semi-Finals showcasing quality of skill and talent that continues to grow year on year.

The momentum is very much with Cork as they head into Sunday’s final. They have also scored more throughout the Championship than their final opponents, albeit by only six points. They have secured four wins from four Championship fixtures to date, having secured passage directly from the group stages to the semis. They will be without a key part of their line out in Orla Cronin after her sending off in the semi-final, but with the captain Linda Collins due to start in her place, the Munster side still have serious quality to hurt the Galway backline.

Galway have turned in four professional performances in this year’s campaign, with three wins in the group stages securing their qualification directly to the semi-final stages. They had done enough to overcome a resilient Tipperary side in the semis, without fully shifting into fourth gear. They will need to utilise every piece of their previous two years of Senior Final experience to retain back their All-Ireland Championship trophy they last held in 2019.