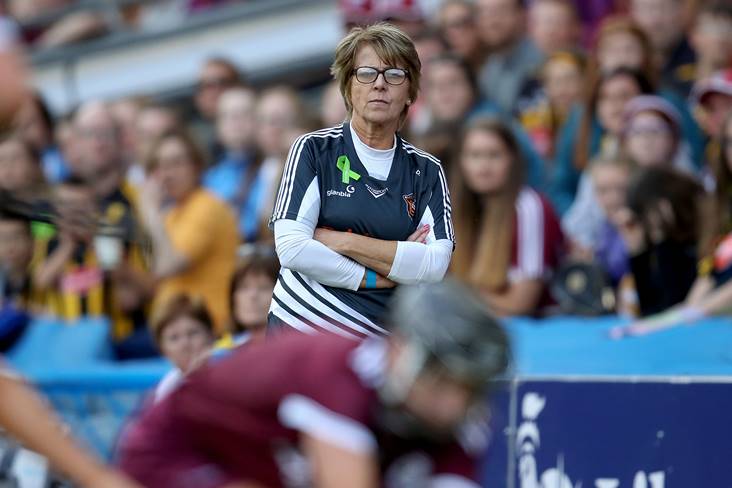 Ann Downey during her time as Kilkenny manager. ©INPHO/Bryan Keane.

Ann Downey has stepped down as Kilkenny camogie manager in the wake of their third successive All-Ireland final defeat.

Downey, who won 12 All-Ireland medals as a player, guided the Cats to O'Duffy Cup success at her first attempt in 2016, but they've since lost three finals in-a-row to Cork (twice) and Galway yesterday. The Lisdowney woman also won three National League Division 1 titles on the trot and three Leinster championships during his four-year tenure.

A statement from Kilkenny camogie board chairperson Sheila Norris read: "Ann has decided to step down from her managerial role with the Kilkenny senior camogie team.

"Having done a two-year stint from 2008-2009 and reaching the All-Ireland in 2009, she again took over the reins in 2016, bringing the team to claim their first All-Ireland in 22 years in her first year in charge.

"Kilkenny camogie is very grateful to Ann for the time and commitment she has given to camogie over the last four years. Her dedication to her sport and to her county has been second to none and we wish her all the best in her future endeavours."