"Tommy lives a field away but Grace is right beside me" 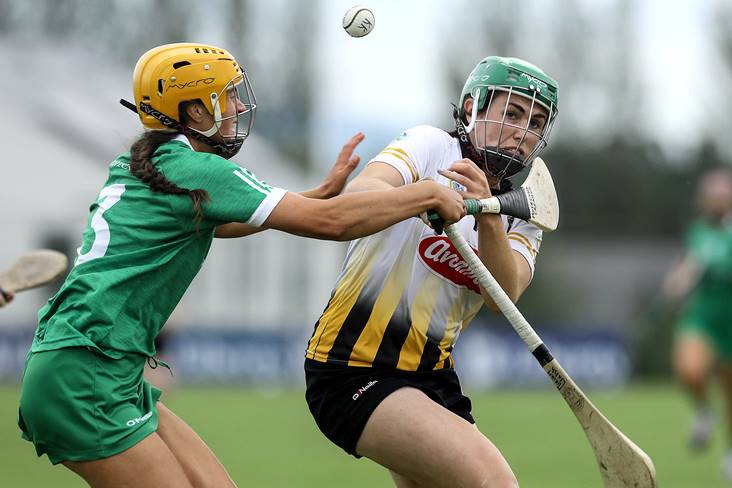 Funny the notions people get when a rivalry is created. Think of the best ones in any sport and there was always an edge; a definite element of hatred. It is easier to go to war with that kind of mindset.

So it was with Cork and Kilkenny in the Liberty Insurance All-Ireland Senior Camogie Championship, and a lack of familiarity with many of the primary forces made it easier to believe in the bogeywoman or man.

The inaugural Liberty Insurance All-Stars Tour two years ago helped ease some of those tensions, as Miriam Walsh reveals.

“I actually found Paudie so nice over in Madrid” says Walsh. “People couldn't believe it when I was singing his praises. They were saying, ‘What?’ and I was saying, ‘He's actually a normal guy.’”

In truth, one cannot imagine Walsh getting overly-exercised about too much off the pitch. The suspicion is that a negative depth of feeling just wouldn’t be worth the effort.

It is a very different affair on the pitch though, where she utilises every bit of her power under and over the sliotar. She has always had an eye for a goal and developed an even better one for feeding those around her.

If she turns and goes, it’s in a straight line. At the LIT Gaelic Grounds last month, Tipperary full-back Julianne Bourke wasn’t the first to find to her detriment that stopping Walsh legally is nigh on impossible. And if you are in the way when Walsh has built up a head of steam, it’s going to hurt.

You breathe hurling and Camogie around Tullaroan. They are also deep in the Walsh genes, along with an apparent aptitude for switching on and off when crossing the white lines.

Her cousin Grace is renowned as a one of the jokers in the Kilkenny dressing room but takes no prisoners as a limpet-like defender.

Grace’s brother Tommy has become the darling of GAA reportage and analysis since ending his decorated Kilkenny career. To call him competitive as a player would be to peddle shamelessly in understatement.

Another brother, Pádraig is a mainstay of Brian Cody’s current crop.

They all lived in each other’s pockets as children. Taken from the Kilkenny People in 2001: Miriam (right) with her cousins Grace, Pádraig (behind) and Shane (in front).

“Tommy lives a field away but Grace is right beside me. Our fathers have a farm together. So we would have grown up together. We would have always brought our hurls with us, tipping away. We would be always playing matches - it would end in tears and all!

“We had no girls' team so I played with the boys. That's probably how I got so strong. I played at the boys’ Féile. My two brothers gave up and my sister gave up as well. It's just me on my side. I’m the same age as Shane, Grace’s brother, who played Under 21 for Kilkenny and is a very good hurler with the club.

“It was great to have Grace in with Kilkenny when I went in – she’s two years older than me.

“It was so funny at training growing up. They could never put us on each other because we used to kill each other. We were never allowed mark each other. It was just absolute competitiveness. We'd be laughing afterwards.”

The 24-year-old is one that can fly under the radar in an attacking unit that includes Anne Dalton, Denise Gaule, Michelle Quilty and Katie Power.

“That suits me better. I don't mind that at all” she insists, confirming what might have been suspected.

“I worked at my role with Brian (Dowling) an awful lot at training. It's coming into play now, popping it off to others. I wouldn't normally be greedy anyway. He knew I wasn't greedy. We were just trying a different thing whereas I used to maybe run more with it.

“I was always kind of the main player underage – Under 14, Under 16, Minor - and went backwards then. I hope I'm back to what I was. The lads are very positive. After matches and training they give you feedback on what you've done right and what you've done wrong.

“I was always strong. I suppose I lacked confidence. I'm really only getting my confidence back this year. Being dropped last year took an awful lot out of me. But this year I've been flying it with my club. Everybody is saying to me that they've never seen me going as well. Brian has been a great help.”

She describes the League Final reverse at the hands of today’s opponents as “disappointing” but confirms that the emphasis had been on the physical side of things with Liam Egan until that point.

Dowling, the former teammate of Tommy’s and multiple All-Ireland winner with Kilkenny, entered centre stage after that and was given the green by manager Ann Downey to implement a complete change of style.

“We're allowed hurl with freedom this year. We're attacking this year whereas last year we were playing really defensive. We have the best forwards in the country so it's about time we started attacking. Anne Dalton is a great help in the forwards too.

“Brian is so good. He's so positive and encouraging. We kind of needed something like that. This year the atmosphere is very good in the camp.”

Walsh goes back a long way with Downey, who was fooled by the manner in which the youngster was able to impose herself physically on far older players nine years ago.

“I got called into the Seniors when I was 15 but Ann didn't realise how young I was and I had to go home because you had to be 16. So I went back in then the following year and I've been there since.”

A Montessori teacher, Walsh has been enjoying the All-Ireland talk with the children and their parents. The growing support around the county is very evident and appreciated too.

Kilkenny held an open night after the Semi-Final and the players were blown away by the response of the public. She maintains that the involvement of Downey, her twin Angela and their former teammate Breda Holmes is part of the reason for that.

“I never saw such crowds at it. We got unreal support. It's definitely growing. Everybody idolises Ann and Angela and Breda. They think it’s deadly that they're over us. It brings such a professionalism to it. It's good for us.

“The county board have supported us well and the men’s county board are good for getting behind us too, giving us Nowlan Park when it's available. It's nice to feel that bit special.”

Winning in 2016 was a major monkey off the back, ending a 22-year famine for the county but they have lost the last two deciders to late Cork points.

“I think the pressure is just off us. I don't know how much worse it can get (than the last two years). As Ann says, just enjoy the day. That's what we're going up to do.”

Don’t believe a bit of it. Walsh will amble to the edge of the square – or maybe, at some point, to the 40 – but once the whistle is blown, there will only be one thing on her mind.