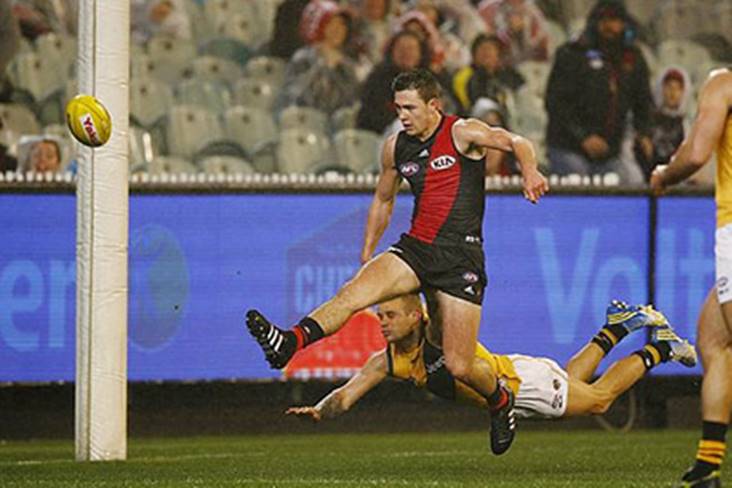 AFL star Conor McKenna admits he has a burning desire to come home and help Tyrone win an All-Ireland.

The 22-year-old Eglish man has been based Down Under since 2014, where he represents Essendon, but told The Irish Sun that he’d love to follow in the footsteps of Kerry’s most famous AFL export Tadhg Kennelly:

“It’s a dream come true to be a professional athlete, for how long it lasts,” the former Red Hands minor states. “It is going well and I’ve another three years on my contract and we will see what happens after that.

“I’d love to come home at some stage and win an All Ireland. Tadhg Kennelly is the prime example, winning a Premiership in Australia with Sydney Swans and then coming home and winning a Sam Maguire with Kerry.

“It always has been and always will be my ambition so I’ll see when my contract is over whether I come home or stay another few years.”