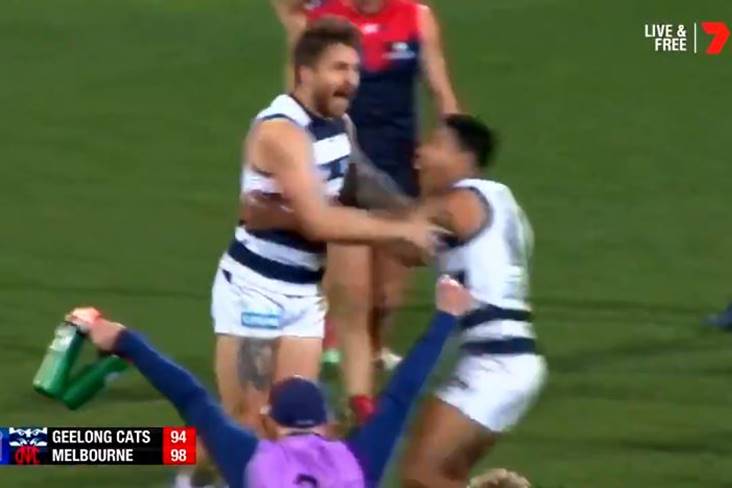 Geelong had trailed by 23 points before mounting a superb comeback and it was Portlaoise man Tuohy that kicked the winning goal after the siren sounded.

"It was incredible. We never felt like we were out of it. We underperformed for patches during the game but this group has this innate feeling that we can win," Tuohy told Seven.

"Unless it's a ridiculous margin we know we have a chance."

ZACH TUOHY KICKS THE MATCH WINNER AFTER THE SIREN!#AFLCatsDees pic.twitter.com/0xknyuwHTL

Having made his debut in 2010, Tuohy became only the fourth Irish player ever to reach 150 AFL appearances this past April.