"Damian Casey could have played for any team in the country" 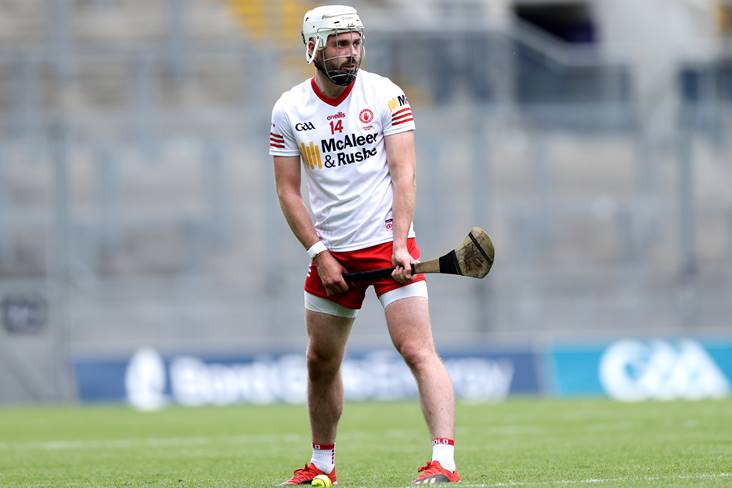 The late Damian Casey in action for Tyrone. ©INPHO/Tom Maher.

Tyrone manager Michael McShane says the late Damian Casey was good enough to hurl for any team in the country.

Damian passed away in June.

His last appearance for the Red Hands saw him scoring 0-14 in their Nickey Rackard Cup final triumph over Roscommon at Croke Park.

Damian has been named both 2022 Nickey Rackard Cup Player of the Year and Ulster Hurler of the Year in recent weeks and McShane says they’re individual honours that are thoroughly deserved.

“The important thing for me is that, Damian didn’t get these awards out of sympathy or anything like that, Damian gained his All Star and his Player of the Year award because he was the best player in the competition,” the Tyrone boss told BelfastLive.co.uk.

“It was just so sad that he wasn’t there to collect the awards himself and to receive the adulation of his peers.

“Damian Casey could have played for any team in the country, he was that good.

“Every manager I spoke to before Damian’s sad passing and every manager we came up against stated that their number one objective was to try and stop Damian Casey.

“That was the level he was at. He was seen as the main threat and he was our main threat. He had a wonderful year for Tyrone and he had a great final, scoring 14 points.”