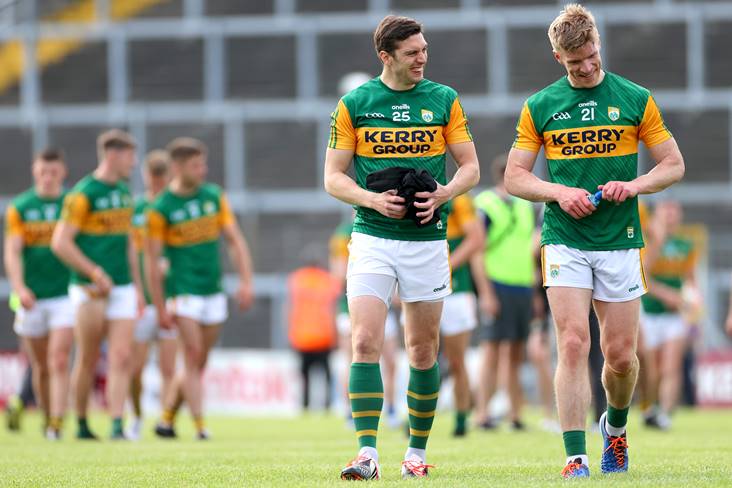 Kerins O'Rahillys are through to the Munster club senior football championship final after pipping Eire Og Ennis by 1-9 to 1-8 in Tralee this afternoon.

Tommy Walsh’s flicked goal three minutes in marked the perfect start for the Kerry side but their Clare opponents made them fight tooth and nail for the victory at the finish.

Gavin Cooney (2) and Mark McInerney fired over points to get Eire Og up and running and while Jack Savage pointed at the end to move O’Rahillys two ahead, they’d lose their other county midfielder David Moran to a red card after 21 minutes.

Walsh’s point had the men from the Kingdom ahead by 1-4 to 0-4 at half-time and they’d get two points early in the restart from Gavin O’Brien.

The Ennis outfit hit back in the best possible fashion as Cooney sent through Einne O’Connor for a terrific goal.

The trailers kept the heat on as sub Philip Talty, Ciaran Russell and Cooney (2) made it a one-point game before they saw McInerney dismissed on a second caution with five minutes to go.

Talty saw a late chance to send the game to extra time squandered as O’Rahillys held on progress to the provincial decider against Newcastle West.