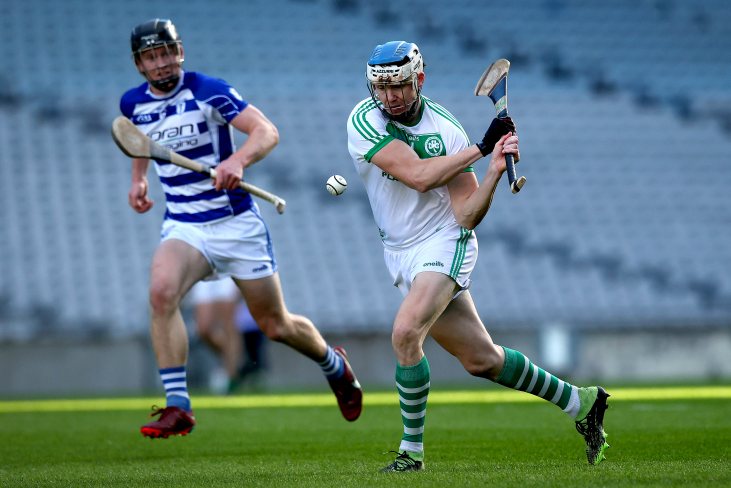 Ballyhale Shamrocks advanced to another Leinster club senior hurling championship final today after coming through a shaky start against Naas to prevail by 3-22 to 1-16 at Croke Park.

The Kildare champions stunned their Kilkenny counterparts in the opening 10 minutes at HQ, with Cathal Dowling goal’s sending them towards a 1-4 to 0-1 lead.

However, TJ Reid’s goal turned things around for Ballyhale and they’d kick on with Darragh Corcoran’s point sending them towards a 1-11 to 1-10.

Ronan Cororan, Reid and Paddy Mullen raised white flags to extend the holders’ lead early in the restart and Joey Cuddihy’s goal had them with one foot back in the decider.

Naas hit back with a pair of points but Reid set-up Eoin Cody at other end for his side’s third goal which killed off the O’Moore men’s brave challenge.