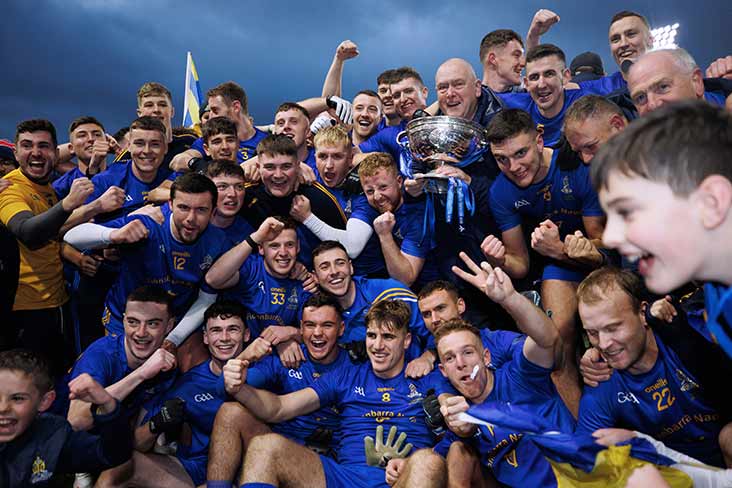 Upperchurch-Drombane and St Finbarr's will be hoping that their successful club championship runs across both codes continue this weekend.

After coming from behind to beat JK Brackens in Sunday's Tipperary SHC quarter-final at Semple Stadium, Upperchurch-Drombane now turn their attentions to the big-ball code and a county SFC semi-final meeting with holders Loughmore-Castleiney this weekend. The black and ambers have never won a senior title, or even reached the last four in either competition before this season.

Loughmore completed a remarkable Tipperary senior hurling and football double for the second in time in their history last year. However, they were dethroned of their Tipperary SHC title by Drom-Inch.

The only club to reach All-Ireland hurling and football senior finals in the same calendar year are St Finbarr's of Cork in 1981. Barr's ended a 29-year wait for a county SHC final when seeing off Newtownshandrum by 2-25 to 0-20 at Páirc Uí Chaoimh on Sunday. They will face city rivals Blackrock in the Seán Óg Murphy Cup decider on October 16 but first there's the no small matter of defending their senior football title against Castlehaven in this weekend's semi-finals.

Kilmacud Crokes have a massive chance of securing an unprecedented ‘double double’ of back-to-back Dublin senior hurling and football titles. Same in Kildare with Naas, they successfully retained their county SHC crown against Maynooth and now face Clane in the football final on Sunday week.

Others that are still chasing the prospect of a county senior double in 2022 include Ballyboden St Enda's, Na Fianna (both Dublin), Cratloe, Éire Óg (both Clare), Ratoath (Meath) and Derry giants Slaughtneil, a phenomenal standard bearer for dual clubs, having dominated the Ulster football and hurling scene in recent years.