A Meath club footballer is part of Louis Walsh's new five-piece pop boyband Next in Line which made their television debut on RTÉ's Late Late Show.

Conor O'Farrell lined out for the Curraha footballers in the Feis Cup and Division 1B of the All County League earlier this season. But the 20-year-old has had to hang up his boots for the foreseeable future at least after he and his band were discovered by former X Factor judge Walsh, who has managed Westlife and Boyzone, at open auditions in Dublin's Vicar Street last year!

The group, which also includes Harry O'Connell, Conor David, Neung Kelly and Joshua Regala, performed a cover of James TW's When You Love Someone on Friday's Late Late Show. Fresh from making their first televison appearance, Next in Line were busking on Grafton Street on Saturday when his Curraha teammates turned out to support him. 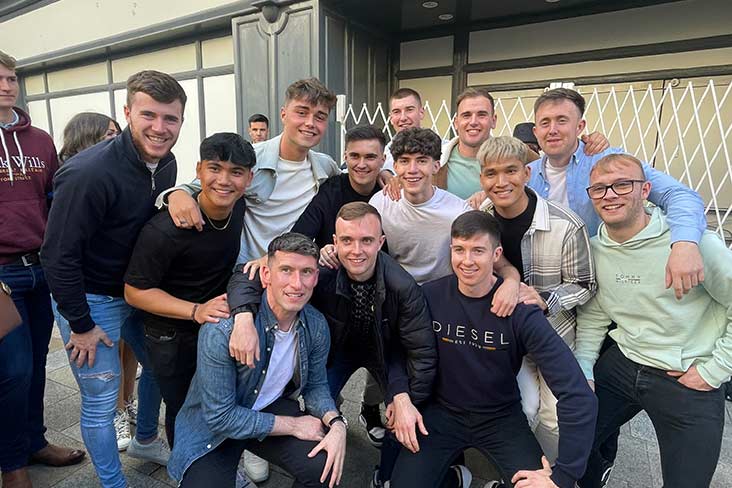 Next in Line's Conor O'Farrell with his Curraha clubmates on Grafton Street.