Gowna and Ramor United to battle for Cavan SFC title 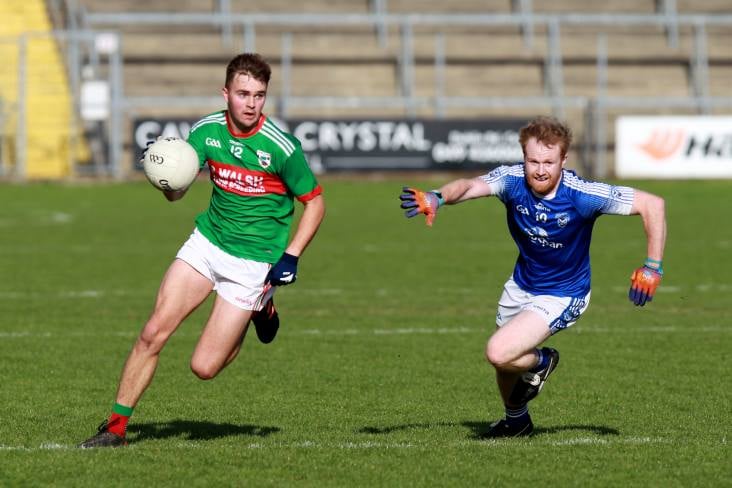 Gowna were impressive in a 3-12 to 0-11 victory over Kingscourt Stars which advanced the Longford border men into a first Oliver Plunkett Cup decider since 2007.

Conor Madden’s 18th minute goal helped the victors to lead by 1-6 to 0-7 at the half prior to frees from Cian Shekleton and Barry Reilly bringing Kingscourt level early in the restart.

Gowna caught fire by sailing over the next four points via Conor Madden (2), Cian Madden and Oisin Pierson before Tiarnan Madden hammered home their second goal.

It left last year’s runners up eight points adrift with seven minutes to go and Conor Brady’s goal late in injury-time would ensure a 10-point margin stood at the finish.

The later game in Cavan Town saw Ramor United edge out Cavan Gaels on a 1-9 to 0-11 score-line.

Sean McEvoy’s goal midway through the second-half proved crucial for the Virginia men after having led 0-4 to 0-2 at the end of a drab first-half.

Jack Tully and county man Gearoid McKiernan (free) notched points that had the Gaels level after the interval and McEvoy and McKiernan would have it at 0-5 each just after the water break.

A minute later and McEvoy had the ball in the Gaels’ net but a hat-trick of points from McKiernan (1 free) brought the Gaels level and they’d kick on with scores from Niall Murray and Tully that looked to have them within touching distance of the final.

Cathal Maguire’s point made it 0-10 to 1-6 with six minutes left and Ramor would make it all square prior to James Brady firing them in front again with a fine point under pressure.

McKiernan supplied his seventh point of the evening on the hour mark, but it was to Ramor’s day as McEvoy hit the winner two minutes into injury-time and moved the Virginia lads into their second county final in three years.