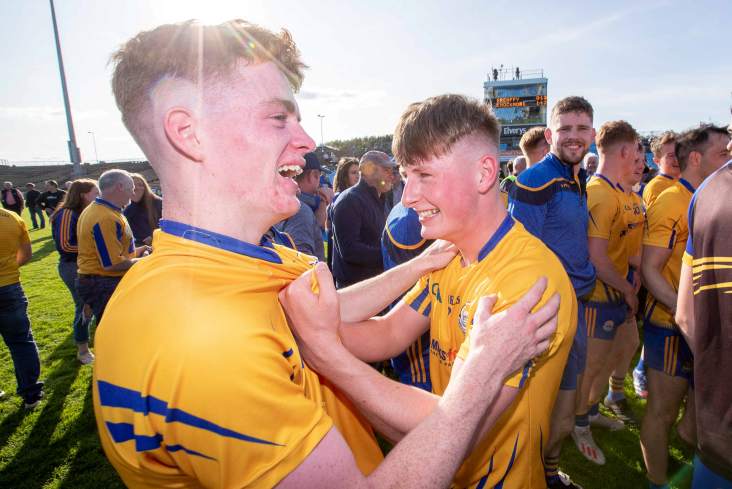 Substitute goalkeeper Ryan McDonnell was the hero as champions Knockmore edged into the semi-finals of the Mayo senior football championship at Ballintubber’s expense this evening.

It finished 2-9 to 0-12 at the Connacht GAA Centre of Excellence in Bekan, where youngster McDonnell saved a penalty from county attacker Diarmuid O’Connor deep in injury-time to deny Ballintubber and keep Knockmore’s hopes of back-to-back titles very much alive.

Aidan Orme’s goal saw the holders take in a 1-6 to 0-6 lead at the break and they hit the net again early in the restart through Peter Naughton.

Ballintubber were reduced to 14 men with the sending off of midfielder Jason Gibbons but still battled back and looked like pulling off the victory in injury-time when McDonnell came up trumps for their opponents.

What a moment for Knockmore substitute goalkeeper Ryan McDonnell. Brought off the bench, he denies Diarmuid O'Connor from the penalty spot in the final play to send Knockmore through to Mayo's last four at the expense of Ballintubber. pic.twitter.com/i8HYvxtpz3

Earlier in the day, Westport put themselves into the semi-finals after squeezing past Ballina Stephenites on a 0-13 to 1-9 score-line.

In a contest which saw Stephenites lead by 1-5 to 0-5 at the half, it was Mayo forward Fionn McDonagh that sent Westport into the last four with a coolly taken point in the fourth minute of injury-time.