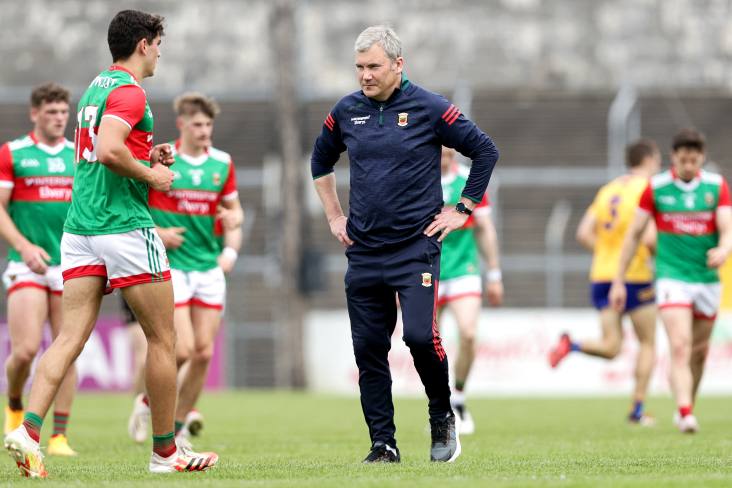 Mayo manager James Horan says he didn’t see Proposal B as being the right fit for the All-Ireland football championship moving forward.

Many have expressed their disappointment after Motion 19 failed to gain 60% of the needed majority of votes at this afternoon’s Special Congress at Croke Park.

Speaking to RTE Sport, Horan said he wasn’t sure if Proposal B was the right type of league-based system to bring in.

“I was never too sure about Proposal 'B'. I think a league-based championship is the way to go. I think in time that is going to come.

“I'm just not sure if Proposal 'B' was the right format, or the right type of league-based system. The provincial system would take a little bit of a hit, but I think everyone would get over that.

“My point on it was the amount of Division One teams that wouldn't get a crack at the All-Ireland semi-finals, whereas a Division Three and Division Four team would.

“Some of the nuances around that need to be ironed out a bit clearer, but I think a league-based format is where we will end up.”

Despite the result at Special Congress today, Mayo manager James Horan tells @mariecrowe that he expects a league-based championship to eventually come in to play. pic.twitter.com/iKbeMlHhcS