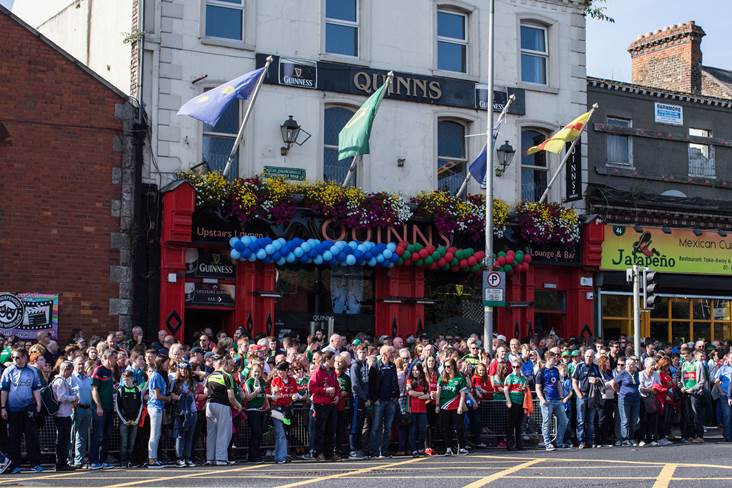 Sad news for GAA fans as Quinn's pub in Drumcondra is set to be demolished and turned into apartments.

Just a stone's throw away from Croke Park, the iconic watering hole was once the go-to place where supporters would stop at for a pint on match days for over 30 years.

Planning permission is being sought for the demolition of the pub and surrounding buildings and the development of 50 apartments including 33 one-bedroom units and six two-bedroom units as well as retail space. A decision on the application is expected to be made by Dublin City Council later this year.

Another famous GAA pub, The Big Tree Tavern, down the road on Dorset Street, closed its doors in 2018 and is currently being redeveloped into a hotel.