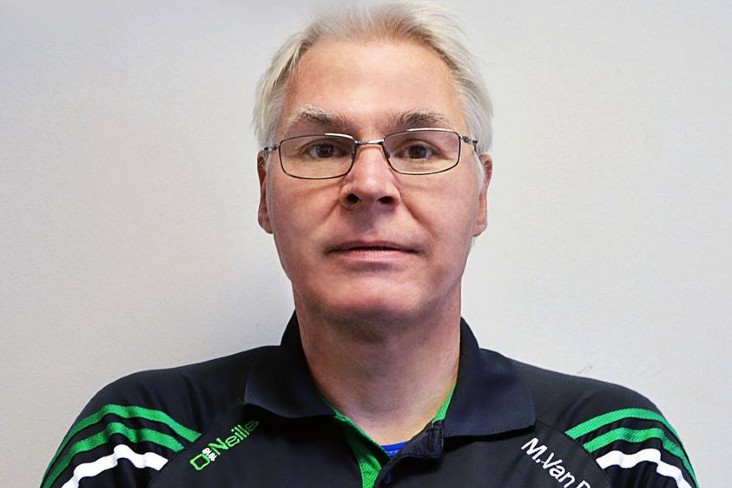 Mark Van Drumpt, who has been Limerick’s senior hurling physio for the last number of years, has passed away following a long illness.

Limerick GAA paid tribute to the physio, who has worked with Limerick teams for over 15-years. He was involved with the Limerick footballers for two Munster finals and moved to work with the hurlers, and has been part of John Kiely’s backroom team for two All-Ireland wins.

Limerick Chairman John Creggan said of Van Drumpt, who was originally from the Netherlands: “He was a larger than life character and we are all deeply saddened at his passing,”

With sadness in our hearts everyone involved in Limerick GAA pay tribute to the work that Mark Van Drumpt did for Limerick GAA.

It was with great sadness that Limerick GAA learned of the passing of Mark Van Drumpt this Thursday.

He then joined the Limerick Senior Hurling Team as lead physio and was involved with 2 All Ireland Senior Hurling winning teams, 2 League titles and 3 Munster Championship wins.

Mark also assisted with underage teams and was involved with 2 All Ireland Under 21 Hurling winners, 3 Munster U21 Hurling , 4 Munster Minor Titles and 2 All Ireland Minor Hurling Finals.

John Cregan, chairman of the County Board “ Mark took great personal interest in each hurler and footballer and always went above and beyond the call of duty to ensure every player was fit for match day”.

“He was a larger than life character and we are all deeply saddened at his passing,”

Mike O’Riordan, secretary of Limerick GAA County Board, “He was an unbelievable individual who gave sterling service to Limerick GAA. He was not only one of the best physios in his field but he was also a very good friend to everybody involved and had a great relationship with everybody. He was held in high regard by all and was an absolute credit to his profession. Mark was the best of the best,”

Mark’s contribution to Limerick GAA will long be remembered by all who he worked with and all involved with Limerick GAA express their sympathy to his wife Leonie, daughter Paris and extended family.

May he rest in peace.