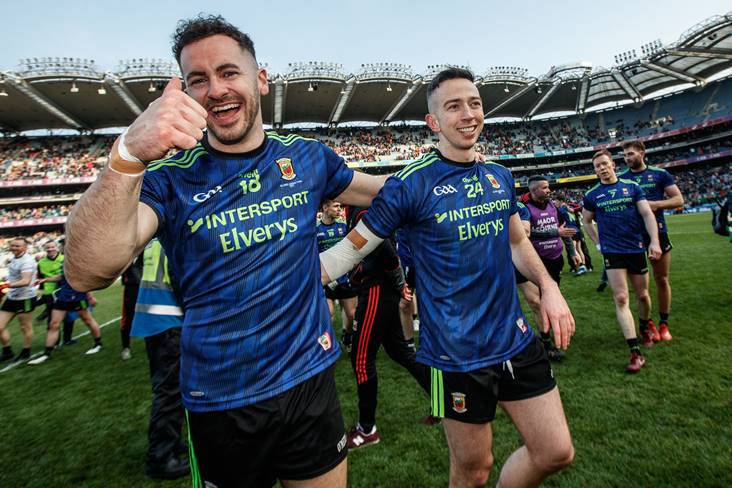 This week saw David Drake confirm his retirement from inter-county football, but now the Ballaghaderreen clubman is focused on Sunday’s county SFC final.

Drake brought an end to a six-year inter-county career and now the talented defender will focus on the county final against Ballintubber, although he admits that he enjoyed his time with Mayo.

“Yeah it’s final,” was Drake’s answer to the Western People. “I suppose at 29 to be saying I’m retired is a bit strange. But look, I’ve given six really enjoyable years. For me, it was a case of, for my personal life, I couldn’t really justify going back for another year, based on the amount I played.

“I had this conversation with James and he was totally accepting of it. It was a tough phone-call to make. It’s not something you just instinctively do overnight. It was something I thought about for a long time.”

Drake helped guide Ballaghaderreen to their first county final in seven years and he knows that it will be a tough task against Ballintubber.

“Over the last ten years in Mayo, Ballintubber and Castlebar have led the way. They’ve set a benchmark for us, the standard bearers. So, it was a big statement for this group.”

"It was unsustainable, out of control"

Use of dressing rooms "a fairly basic requirement", says McManus

Life in the AFL isn't "all rainbows and unicorns" - Tuohy